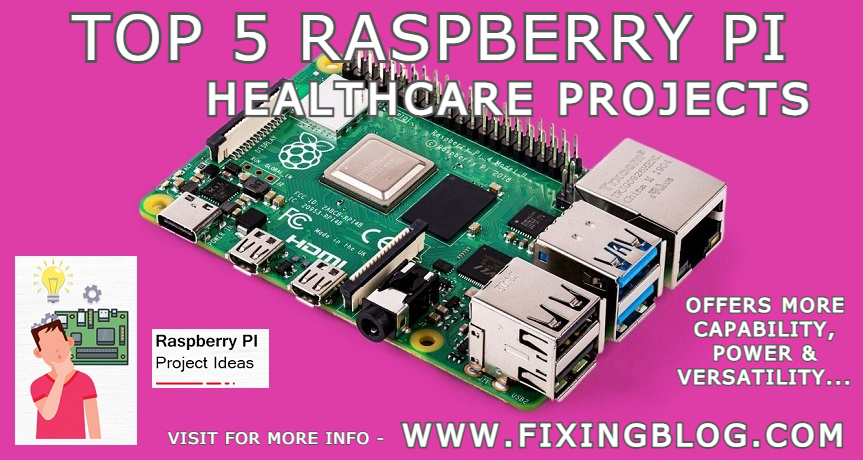 The Raspberry Pi microcomputer has enjoyed an incredible trajectory of success in our society since its introduction less than ten years ago. The latest iteration, the Raspberry Pi 4, offers more
capability, power and versatility than ever, and as such we’re seeing the technology flex its compact
but impressive muscle in more fields than ever before.

Obvious impact areas for Raspberry Pi have been in the likes of education and hobbyist
programming, but another tangible area of progression for the hardware has been in the world of
health. From low-cost monitors to DIY screening devices, Raspberry Pi is making all sorts of in-roads into the health sector.

Here are just five examples of where this humble microcomputer is making a difference.

Patient monitor projects see the Raspberry Pi board utilize a rather literally acronym-ed HAT
(hardware attached on top) in the form of HealthyPi. Using this additional hardware, users can
create full ECGs to measure heart rate, SpO2, temperature and blood pressure.
Heartbeat monitors can also be created by pairing the Pi with Bluetooth sensors, similar to the way
gym equipment with heart monitoring works – and thus making the hardware usable for exercise
purposes.

In areas where air quality is a big concern, like Hong Kong and China, the Liv Pi has become an
incredibly useful tool – letting users know exactly how clean their air is. Primarily a tool aimed
towards businesses, the Liv Pi is also utilized buy individual users living in big city areas.

A DIY alternative to continuous glucose monitors (CGMs) that help to monitor and control insulin
injections, the artificial Pi pancreas uses machine learning to control the insulin pump using the data from the CGM.

While an incredibly rudimentary alternative, this project shows the promise of the Raspberry Pi
hardware in terms of its ability to understand and replicate organ function.

The question of helping old people to remain independent longer remains a pressing one in our
society. For a few years now, programmers have been utilizing Raspberry Pi to help monitor areas of their elderly relatives’ daily routines and offer support in maintaining independence.

The possibilities within this sphere are extensive, with examples including monitoring kettle and
front door usage to offer data on whether the subject is in fact living their life as they should. It is as much a peace of mind project as a health and support one, but one that’s extremely useful for those looking to help out friends and family in need.

The smart mirror is one of Raspberry Pi’s most popular projects and is a very malleable process that can be molded to suit healthcare intentions.

In a health sense, Pi-powered smart mirrors have been proposed to offer feedback on posture and
healthy body positions and be able to monitor vital signs, among many other possibilities. As one of Raspberry Pi’s foremost projects, it’s an exciting avenue that has the potential to be developed at
large by all those partaking in it.

The above is merely scratching the surface of the possibilities Raspberry Pi has in the healthcare
world. When you consider that not so long ago the Raspberry Pi board was an extremely rudimentary microcontroller, it’s exciting to think where it can be in the not-so-distant future,
alongside the healthcare advances with it.