Essential Tips for Xbox One Owners 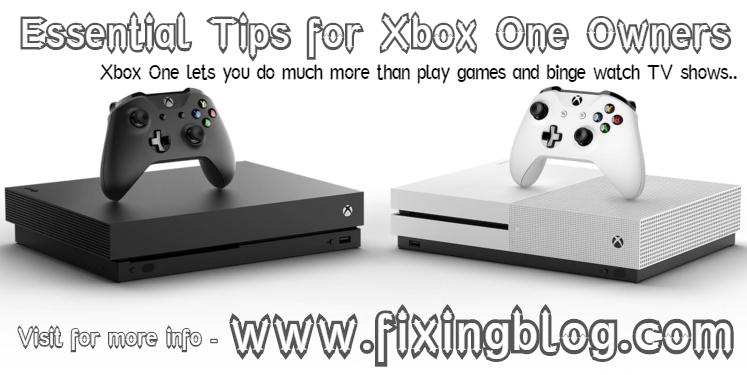 Xbox One lets you do much more than play games and binge watch TV shows. From streaming to Twitch to talking to Cortana, here are some tips on how to make the most out of your Xbox One:

Tip #1: Navigate the system with voice commands through Cortana

If you haven’t given Cortana a try on Xbox one yet, you are missing out. The virtual assistant has made it extremely easy to use the Xbox One as you can now perform commands without necessarily getting off your seat, removing your headphones, and pausing your game or movie just to twist a knob or press a button on the console.

Some of the more useful Cortana voice commands include launching games, recording the last few minutes of a game, playing or pausing background music, accessing the Xbox home screen, starting a broadcast on Beam, taking screenshots, and sending messages to friends. Microsoft recently removed Cortana from Xbox One, which means you can’t speak directly into the virtual assistant via your headset, but you can still install the app and enjoy operating the console using your voice.

VPNs are used by internet users to bypass regional restrictions, increase security, and better network performance. Boost your gaming speed by getting a VPN for Xbox One. A VPN can decrease the ping and minimize lags on your online games, giving you the edge on your opponents.

Tip #3: Stream your game to Twitch

With virtually every Xbox One gamer now on Twitch, you could be contemplating getting on the platform yourself and broadcasting your gameplay. Luckily, it is an easy process that barely requires additional accessories.

Just download the Twitch app from the official Twitch website and create a user account on it. Connect your Xbox One account with your new Twitch account. Next, open the Twitch app on the Xbox One dashboard and select ‘Broadcast’. Open the game you want to stream and start playing.

Broadcasting gameplay these days is becoming almost as commonplace as playing the games itself. YouTube is the best platform for you to share those epic gaming moments with the world, given a whopping 30 million people visit the site daily. Through the Xbox One YouTube app, you can upload as many videos as you can and keep track of them right from your Xbox One dashboard.

You can assign new functions to your controller buttons by clicking on ‘Games and Apps’ and then on ‘Xbox Accessories’. Click on the ‘Configure’ option and start making your changes. This feature can come in handy for gamers with physical disabilities or people who share controllers.

Everyone has those friends they game with more often or would like to be posted more on. With Xbox One, you can create a special list of all your favorite friends and a notification will be sent to you whenever someone from your ‘Favorite’ list is active or starts broadcasting. To take a friend to the top of your friends’ list, click on their gamer tag and select Change Friendship. Click on the Favorites Box to tick it off.

The mixer is one of the many Xbox-compatible streaming services that allow you to broadcast gameplay live. Apparently, that’s not all the service offers. You can get one or more of your viewers to assist you in the event you are stuck or have to attend to something but don’t intend to stop the game.

To enjoy this facility, download the Viewer app and integrate it into your Xbox One account. Open the game you want to broadcast and press the Xbox button. Next, Please click and select “Broadcast and Capture” followed by “Capture’ and “Broadcast” in that order.  also Put “Share Controller” on and start playing. Switch it off when you are done.

Tip #8: Use the same account in different Xbox Consoles

Contrary to popular belief, your old Xbox account doesn’t become obsolete when you get a new console. You may not the same account on two different consoles but you can transfer it – a feature you may find quite convenient if you just bought or are planning to buy the newer Xbox One S or Xbox One X consoles.

Basically, you get to fit your new console with preferred settings, games, and apps from your old machine without having to recalibrate it all over again. The process itself is as easy as pie. Log in as usual and select the games and settings you would like to have in your new account or transfer your entire console settings using an external drive.

Xbox One also enables you to find new friends through the Suggestions section. Once you select the “Find Facebook Friends” option, you will receive new friend suggestions, potentially of people you know.